By Dalia AlahmadSeptember 19, 2022No Comments 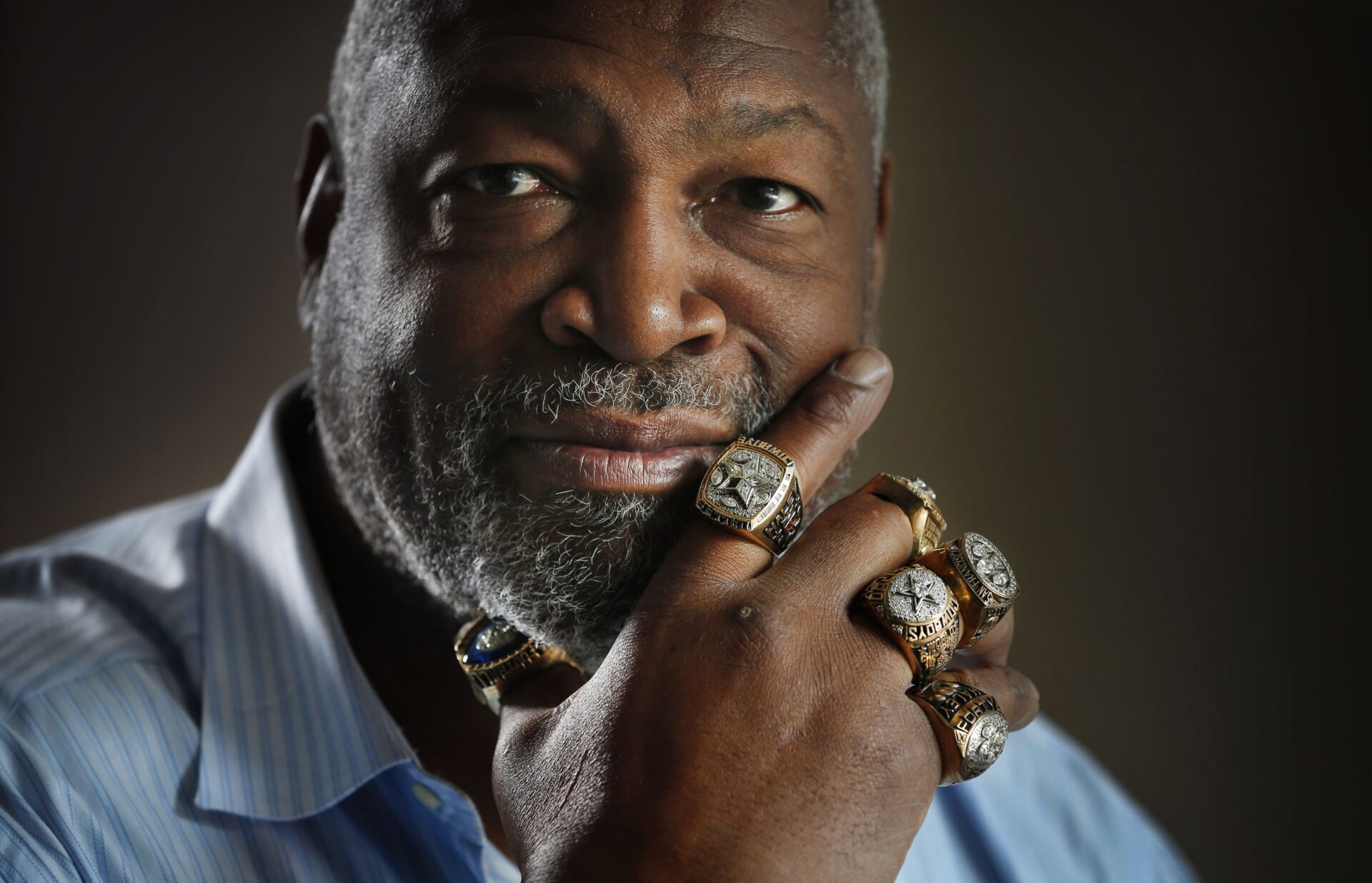 The Hall of Famer lives with bipolarism and didn’t learn to read until he was in college. Now his mission is to ‘help kids who are powerless.’

Monday evening, more than three dozen of football’s greatest-ever players showed up at The Star to support their Hall of Fame brother, Charles Haley, and his effort to bring literacy to kids at underserved Dallas elementary schools.

“There’s a lot of really good guys here from around the country,” said Hall of Fame quarterback Warren Moon, who played against Haley as a Houston Oiler and with him as a fellow Pro Bowler. “When he asks, we come.”

Daryl Johnston, a former Cowboy fullback turned Fox Sports broadcaster, echoed that, adding that Haley was one of the smartest players to grace the field.

Haley, a 58-year-old former defensive player, earned five Super Bowl rings — three as a Dallas Cowboy and two as a San Francisco 49er — but his passion these days is off the field with his Tackle Tomorrow reading initiative.

It provides reading coaches for 1,700 kids in pre-K through third grade at six of the Dallas Independent School District’s neediest schools. Kids can go to stores in their schools to “shop” for toys and games they’ve earned for personal — not competitive — reading achievements.

“My dream and vision is to help kids who are powerless,” Haley said in an interview at his home in northwest Dallas. “It’s not about Black or brown or white. It’s about the haves and have-nots. Those who have education move forward. Those who do not live in poverty or go to prison. We want to break the cycle.

“I do everything with my eyes open and not with my heart, because my heart clouds me. But my eyes wide open keeps me focused on what I want to achieve.”

Pro Football Hall of Famer and former Dallas Cowboys player Charles Haley poses with legends and his board during the A Night with Legends Charity Dinner to benefit Haley’s Tackle Tomorrow nonprofit on Sept. 12 in Frisco.(Juan Figueroa / Staff Photographer)
The idea for Tackle Tomorrow was hatched nearly eight years ago while Haley was at the YMCA with retired businessman Bob Bowie — “a little short white guy about that tall who bosses me around all the time,” Haley said, holding his hand waist-high. “I always call him mean and he just laughs.”

“Mean” in Haley’s world is a high compliment.

“Bob did research and found that the number of kids not reading at the third-grade level dictates how many prison cells to build.”

Three years ago, Dallas real estate executives Cliff Fischer and Ron Cook spotted the makings of something big in the form of the 6-foot-5-inch Haley.

They helped him put together a business board and form a 501c3 nonprofit group.

Since then the nonprofit has given away hundreds of bikes, thousands of books, Thanksgiving meals and Christmas turkeys and hams. It has beautified campuses, upgraded computer labs and equipped all the kids in the program with iPads so they can use iStation, a comprehensive e-learning program.

Monday night’s dinner and a celebrity golf tournament at the Cowboys Golf Club in Grapevine on Tuesday showed them they are on the right track.

All told, nearly 50 football superstars showed up at the two events, which raised a combined $820,000. That’s four times the total budget for the year before the business advisers came on board.

That total eclipsed Haley’s most optimistic predictions. “We estimated it would gross $500,000, and we smashed past that,” he said. “I’m thankful to God that he gave us his blessings.”

Haley is known to speak his mind. His unfiltered and sometimes mercurial reactions are often brought on in part by his bipolar disorder.

“I may not be the best spokesperson,” he said. “I’m a little rough around the edges, but I’m determined and highly motivated, and I don’t believe in failure.”

“Charles is definitely a piece of work,” Moon said. “But his heart is in the right place. That’s the main thing. He doesn’t always get along with his colleagues and all that, but the things he wants to get accomplished that are important to him, he gets done. He wants to make sure kids have a chance to succeed.

“You can tell when he hasn’t taken his medicine,” Moon said, making a light-hearted comment about a well-known truth.

Haley made headlines when he smashed his helmet through a concrete wall in the Cowboys locker room after the team lost its first two games of the 1993 season. He was angry that the Cowboys hadn’t signed hold-out Emmitt Smith. Haley’s temper tantrum reportedly “persuaded” owner Jerry Jones to come to terms with the star running back.

Pro Football Hall of Famer and former Dallas Cowboys player Charles Haley shows his ring finger that was injured by Emmitt Smith during their playing days.(Juan Figueroa / Staff Photographer)Not too long after Haley joined the Cowboys, Smith broke Haley’s finger after he decked either Smith or Troy Aikman— Haley can’t remember which one — during practice.

“Emmitt came up to me, grabbed my finger, and it went pop! And then he held on to it,” Haley recalled. “He said, ‘That’s what you get, man, for playing rough.’ ”

“It wasn’t until a couple of years ago that he apologized for breaking my damn finger. It’s a great story, but it still hurts.”

Board member Cook loves the story, too. “It was just Charles trying to get everybody at his level — running at an 11 when these guys were practicing at a 5 or a 6. He wanted that intensity.”

Haley says his mom taught him that the only time you should look down is when you’re helping somebody up.

She set the tone for the family of five boys because his dad worked long hours.

It was his mother who pushed him into football, but he was a benchwarmer and not a standout.

“We were at a game when I was in the fifth or sixth grade, and she was in the bleachers. I was sitting on the sidelines, and all of a sudden, I heard someone yell, ‘Why ain’t my boy playing?’ And I’m going ‘Oh Lord, Jesus Christ, is that her?’

“Then she said it again, ‘Why ain’t my boy playing?’ The coach went over to my mom and told her how lazy I was. He came back and saw the tears running down my eyes and must have thought I was scared of playing. So he told me to go out there.

“Those guys [on the field] knew what they were getting. I knew what I was going to get when I got home. I went out there, and that was the last time I sat on anybody’s bench.”

His days with the Cowboys brought back the joy of the sport for him.

When he entered James Madison University in Harrisonburg, Va., testing showed that he was reading three levels below its entry level.

“I yanked it out of her hands and ran out the door. Tears were coming down, because I didn’t want to go back to Gladys, [Va.]. I didn’t want to work in the fields and get cow manure on my feet.”

He particularly didn’t want to go back to the silo where he had to throw in the corn when it got too low for the feeder to pull it out.

“They never told us to put a scarf over our face, so the boll weevils would crawl up into your nose. Everything else after that was cupcake.”

He learned after his football days and after several bouts with drug and alcohol abuse that his lifelong severe mood swings were the result of bipolar disorder.

He had run from labels that called him Dr. Jekyll and Mr. Hyde.

“But when I saw the fear and anger in my kids and my family’s eyes, it made me go get treatment,” Haley said. “I went to a dual diagnosis center where they treated both the mental illness and the drug and alcohol addiction. The amazing thing was that once they got my medication under control, the alcoholism and the drug addiction were gone.”

He was in rehab for 45 days and was afraid to leave because he’d never felt so alive. “I had energy and could see the world differently,” he said. “When I came out, I said, ‘You know what? I’m going to give this away. I want people to understand they don’t have to live like this.’ ”

Fighting the stigmas associated with mental health is Haley’s other great passion.

He’s amicably divorced with a son and three daughters.

His 5,000-square-foot house near the Episcopal School of Dallas is in disarray. He has a rat problem that the exterminators haven’t been able to eliminate. He’s threatening to throw everything out, including paintings on the walls, to get rid of the varmints.

“My children think that’s excessive. Do you?” he asked seriously.

One thing the home isn’t lacking is toilets.

“I grew up in a house with an outhouse,” he said. “I put seven bathrooms in here so there’s only five steps to one from anywhere in the house. Things that you didn’t have as a kid, you make sure you have plenty of.”

Charles Haley took part in Tackle Tomorrow’s reading challenge bike giveaway at William M. Young Jr. Elementary in 2020.(Tackle Tomorrow)“I don’t believe in free,” Haley said. “You have to earn everything you get in life. That’s one of the things I want the kids to understand.”

So there’s a twist to his literacy program.

Kids who increase their literacy skills or improve their behavior issues earn rewards that can be traded in for games and toys at stores in their schools. These stores are stocked by a national nonprofit and local toy drives.

Students who have improved the most — about 30 per school — get bikes and helmets at the end of the school year. Former Dallas Cowboys star linebacker DeMarcus Ware donated the bikes in 2020 and Academy Sports + Outdoors donated them last year.

Andrea Weiss of Delivering Good, a national nonprofit that provides people affected by poverty and tragedy with new merchandise, will present Haley with the organization’s inaugural “Innovation of the Year” award in New York in November.

“By combining technology, reading fundamentals and human motivation, Charles has combined his personal star power with Cliff’s business acumen,” Weiss said. “This combination makes Tackle Tomorrow stand out as a philanthropic leader and example for other communities seeking to address the root causes of inequality and cyclical poverty.”

Haley has given several talks to AT&T groups about why diversity, equity and inclusion should start in pre-K and not at the C-level — something that strikes a chord with Cook, AT&T’s assistant vice president of corporate real estate.

Cook sums it up this way: “An evening with Charles is exhausting.”

“Life is not always easy for Charles with his bipolar condition,” Fischer said, “but that does not deter him in the least from making a difference to these kids. He spends hours every day pushing every detail of this organization, and he doesn’t get paid a dime for it.

“I think he’s the most selfless man I’ve ever met.”

What it does: Provides reading coaches and resources for 1,700 pre-K through third grade students. 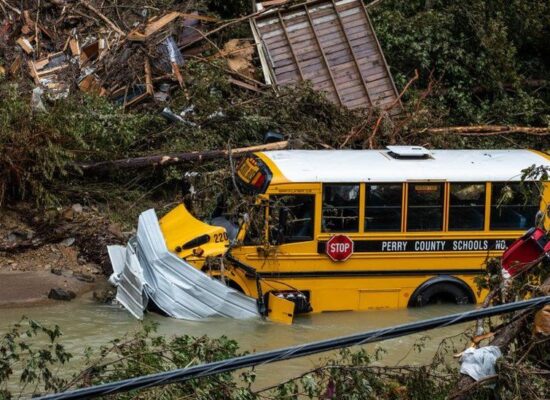 While the news headlines have moved on, the team here at Delivering Good is still... 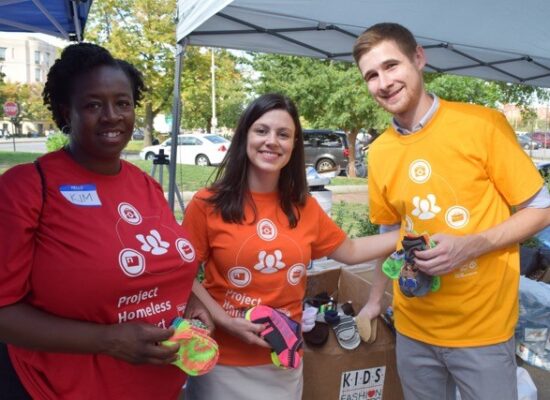 How can a clean pair of socks affect someone’s life? Delivering Good Provides More Than 10 Million Pairs of Socks Since 2016

How can a clean pair of socks affect someone’s life? Delivering Good Provides More Than 10 Million Pairs of Socks Since 2016

For the fifth year in a row, Delivering Good was able to grow the impact of their... 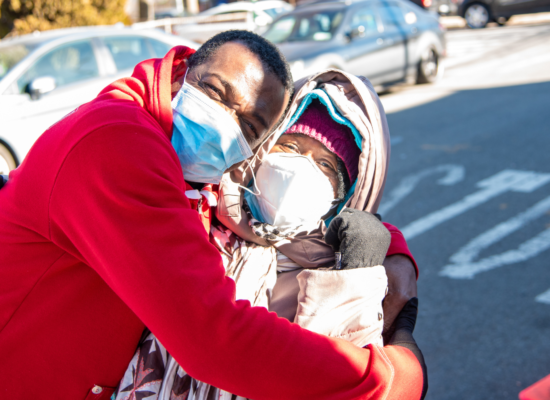 On Monday, November 22, Burlington kicked off the 15th Anniversary of their annual...