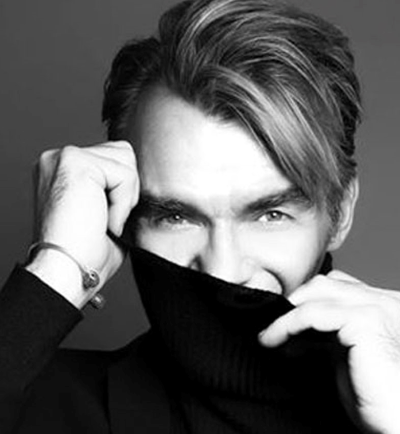 Ken Downing was formerly Senior Vice President and Fashion Director for Neiman Marcus, where he was credited with revitalizing the retailer’s voice by bringing a freshly relevant and global point of view to the brand. His bold style proclamations, fearless approach to seasonal trends, and close relationships with designers and customers alike helped catapult Neiman Marcus to a position of international fashion leadership, while driving unprecedented sales volumes both in-store and online.

During his tenure as Fashion Director at Neiman Marcus, Downing drew on his instinctive knowledge of trends and customer shopping habits to help grow the company into a $6 billion business. He oversaw the fashion direction and image of the company and served as the public face and voice of the brand. The company launched a series of high-touch customer experience and fashion-centric digital initiatives under his guidance, including real-time runway fashion coverage, VIP events and social media interviews with designers, celebrities, models and influencers to cement the company’s relevance among the next generation of shoppers.

Downing first joined Neiman Marcus in 1991 to reinvent the fashion image of the company’s Wilshire Boulevard store. He subsequently held a series of leadership positions of increasing responsibility, including roles in visual merchandising and public relations and special events, before being named Fashion Director in 2007.

Downing holds a MFA in fashion design from the Fashion Institute of Technology (FIT) and a BFA in apparel design from the School of Apparel Design and Development at Seattle Central College. He currently serves on the boards of the FIT Museum and Delivering Good and is a former member of the CFDA/Vogue Fashion Fund.

A resident of New York City, Dallas and Detroit, where he is renovating a 1917 historic property, Downing is an avid art collector and patron as well as a collector of mid-century and architect-designed furniture.